This was the first tenant farm in this part of Trondheim. The small log cabin was moved here in 1740. The lot is situated in Byåsen in Trondheim, an area that through the last couple of decades has been characterized by densification, and which today is demographically diverse.

During disassembly the history of the old tenant farmer lot gradually revealed itself. The house was severely damaged and talks with the city’s cultural heritage manager pointed to demolition as a realistic option. This opened new possibilities. The guiding idea became to let the old serve as inspiration for the new; to transform rather than restore.

The main idea was to build a new house around the old cabin. Rotted timber was removed and replaced with new constructions, and this again guided further planning and façade formation. New functions are gathered in smaller, lower annexes surrounding the old log framework. These were placed based on photographs showing the previous locations of the barn and outhouses. This incorporates the old buildings form and size into the new structure. By building in this manner the house gained a rather large footprint amidst several separated outdoor spaces. These all have their unique functions and relationships with the interior spaces. The house has eight different exits.

The old log cabin no longer has its original cogged joints. This brings structional challenges. The middle timber wall is supported by a bridging construction in the main room of the interior. Further stabilizing of the timber is done by using visible bolts and plywood. Rather than working with striking contrasts between the original timber and new wall segments, we chose to explore nuances in our use of wood. The exterior of the house is clad in untreated Kebony, whilst the interior is clad in birch veneers. 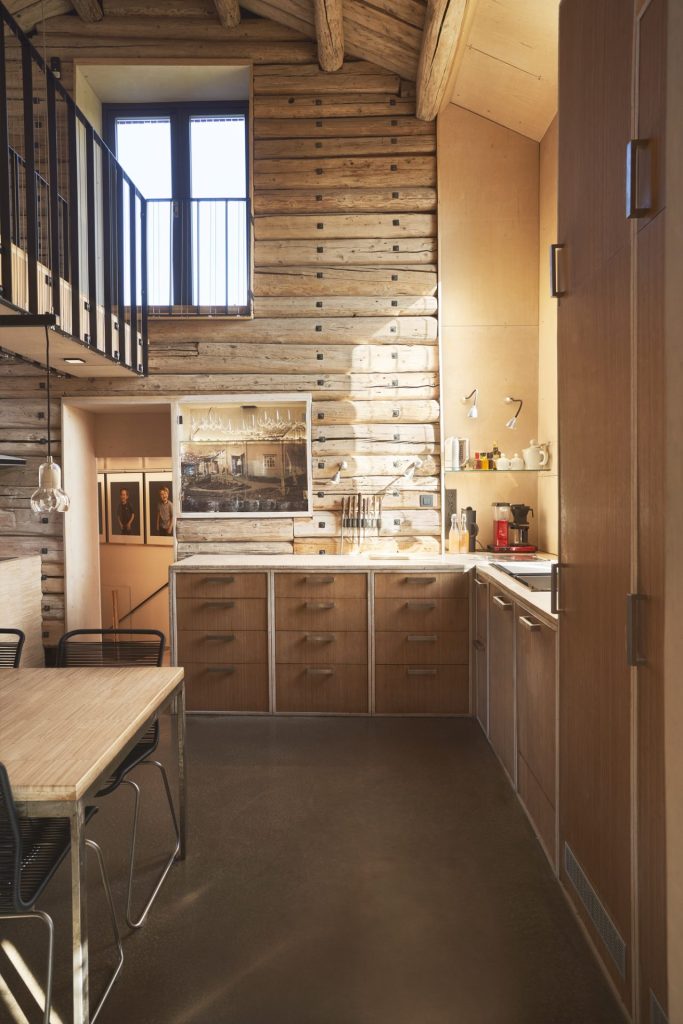 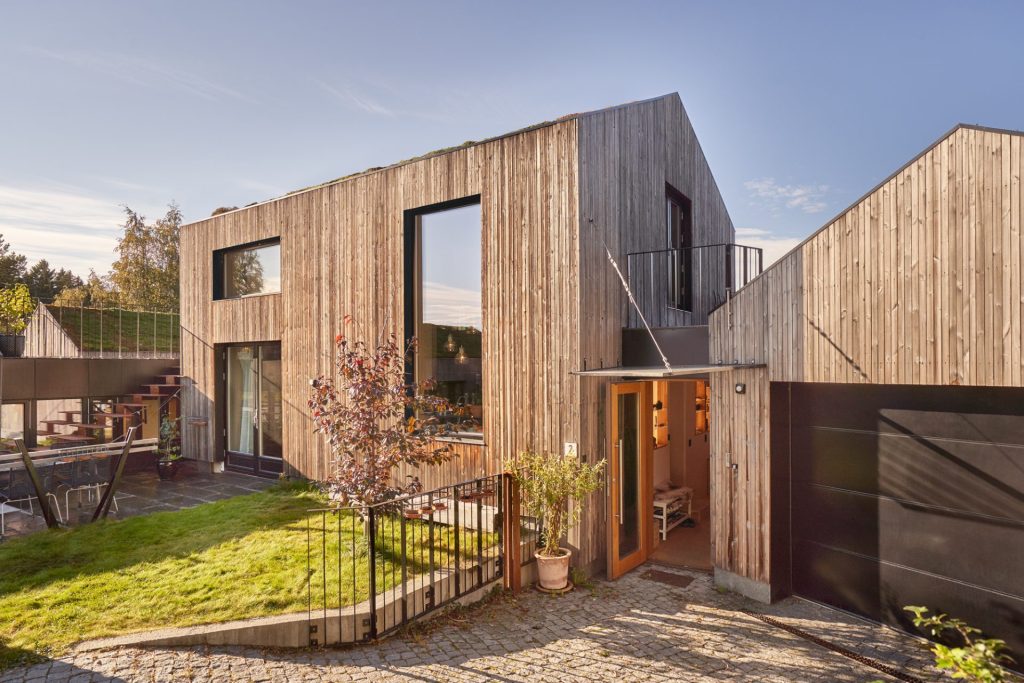 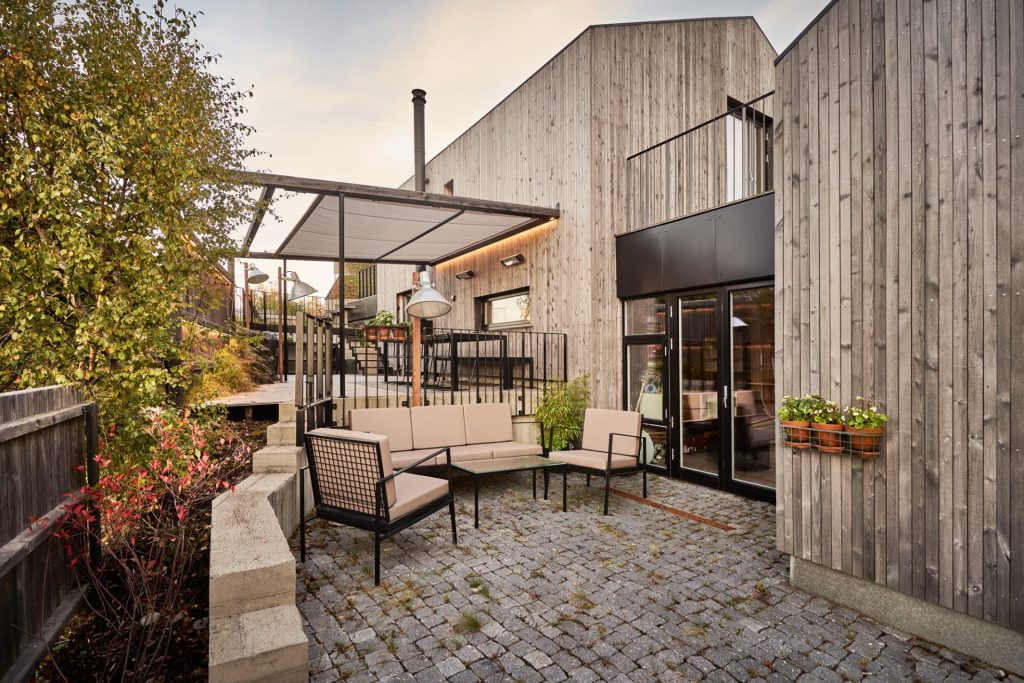 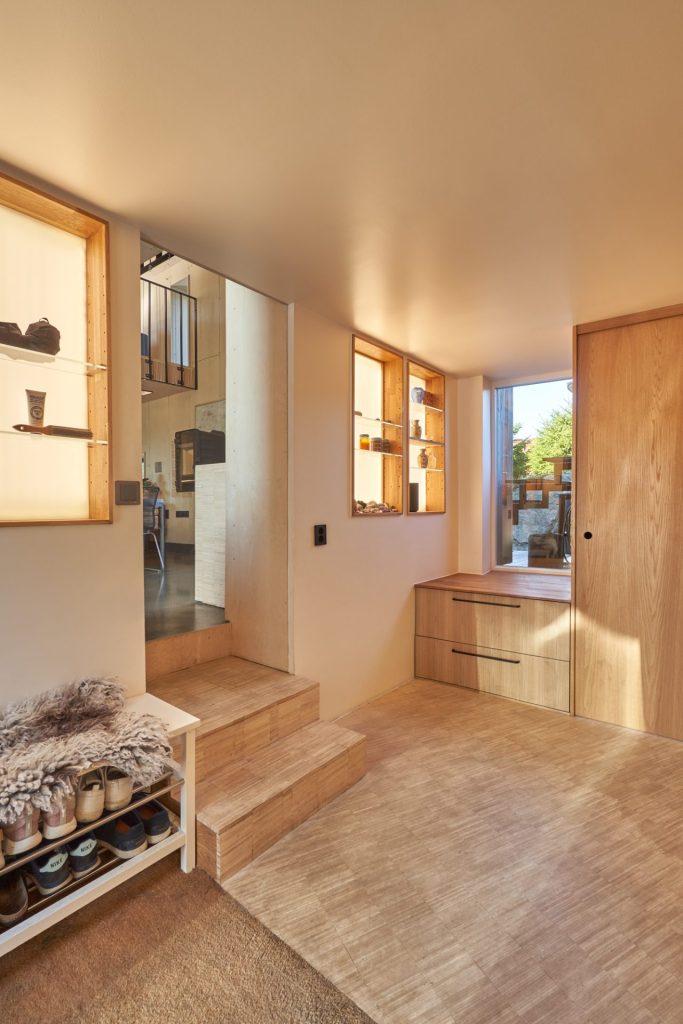 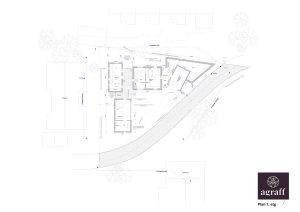