A dream of the world’s most beautiful workspace

The client in this project had a vision of creating the world’s most beautiful workspace on the isle of Fleinvær outside Bodø, in the northernmost parts of Norway. The small isle offers a secluded working environment in an area of awe-inspiring natural beauty, surrounded on all sides by wild sea. It is hard to imagine a more spectacular construction site, but a project of this scale in such a small and secluded locale comes with logistical challenges. Whilst appearing rough and weather beaten, there is also a frailty to Fleinvær that encourages careful and responsible intervention.

A preliminary step was partitioning the project in to several smaller milestones. The building site was subjected to a thorough three-dimensional scan, conducted in corporation with architecture students from NTNU (Norwegian University of Science and Technology). This gave a full overview of the lot, instrumental in guiding the further development of the project. A modest interference with the ground stood out as an important principle for the building process. Moss and other terrestrial vegetation contribute to the natural splendour of Fleinvær. If torn during building, it needs decades to grow back. The isle is also a nesting area for gulls and seabirds. The concern for the natural surroundings is reflected in the small building volumes and their careful adaptation to the terrain. The project’s modest contact with the ground level also makes removal of the buildings possible, without extensive damage to the natural environment.

A sauna located by the seaside is the first part of the workspace visible to visitors arriving by boat. A former waiting room in the old docks has been refurbished to accommodate overnight guests, and it holds sanitary functions. Further upward through the project are four small sleeping units. Two of these are short and wide with twin beds. The other two, taller and narrower, each contains two bunk beds. A pathway leads through these lodges and into the heart of the Immersion Room; the concert room and the canteen. The foundations are kept minimal, and consist of steel columns curved at 15 degrees angles. This achieves precise pointed foundations without major interference with the ground.

The buildings at the heart of the Immersion Room are mono-functional, with the concert room on one side and the canteen to the other. One building is withdrawn relative to the other. This gives the canteen a larger outdoor space toward the seaside, while the concert room has its outdoor space toward the pathway from the sleeping modules. This creates a natural amphi in front. The workspace “njalla” houses the projects room of reflection. This is a modern interpretation of the Sami people’s traditional storehouse, the njalla. The Sami njalla is built on the trunk of a chopped tree. This is doubly fitting for the Immersion Room, since it both maintains the desired light touch with the ground while also paying respect to the civil engineering history of Northern Norway.

The Immersion Room was officially opened during august of 2016, with more than 300 guests present and an opening speech given by the Norwegian president of parliament at the time, Olemic Thommesen. Many hands and minds have contributed to the finished Immersion Room. An open and creative process have let students, artist, architects and other volunteers add their touch to the final appearance of the project. The Immersion Room of Fleinvær is available on the regular rental market, and thus accessible to all who wish to experience the world’s most beautiful workspace. 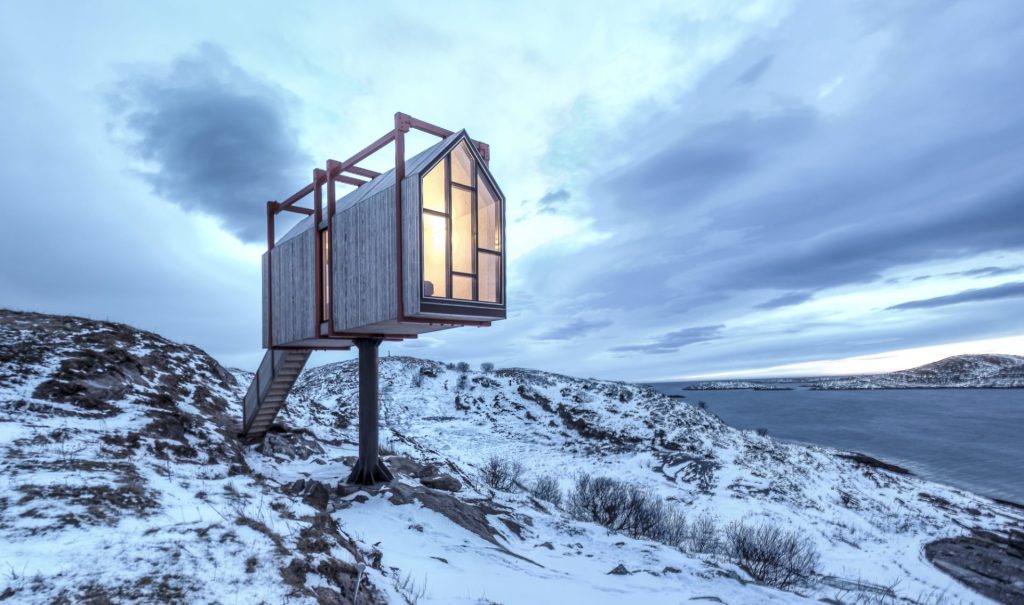 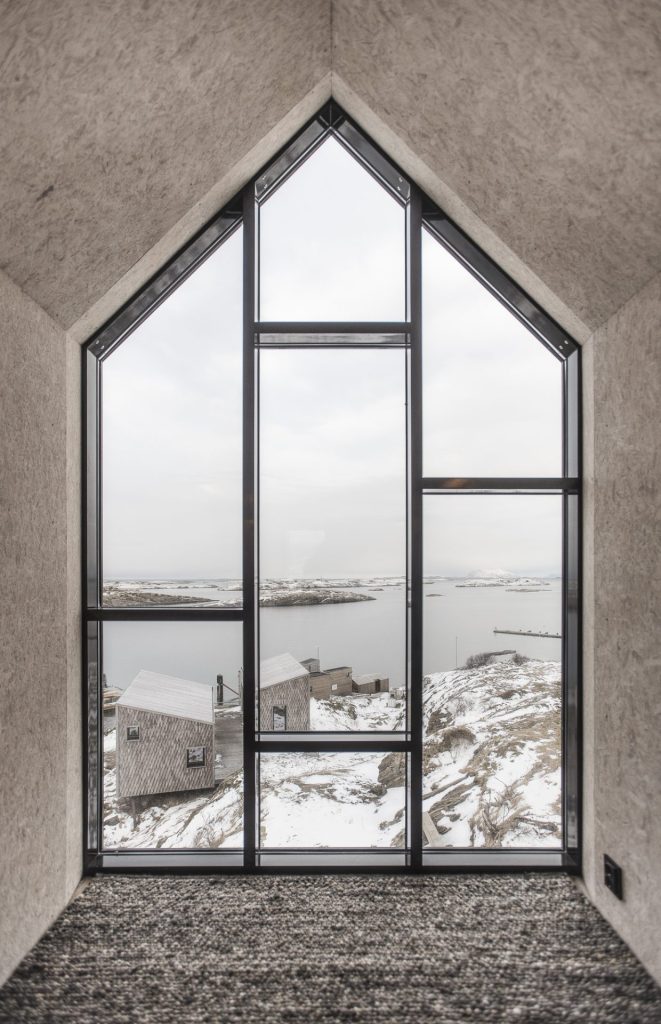 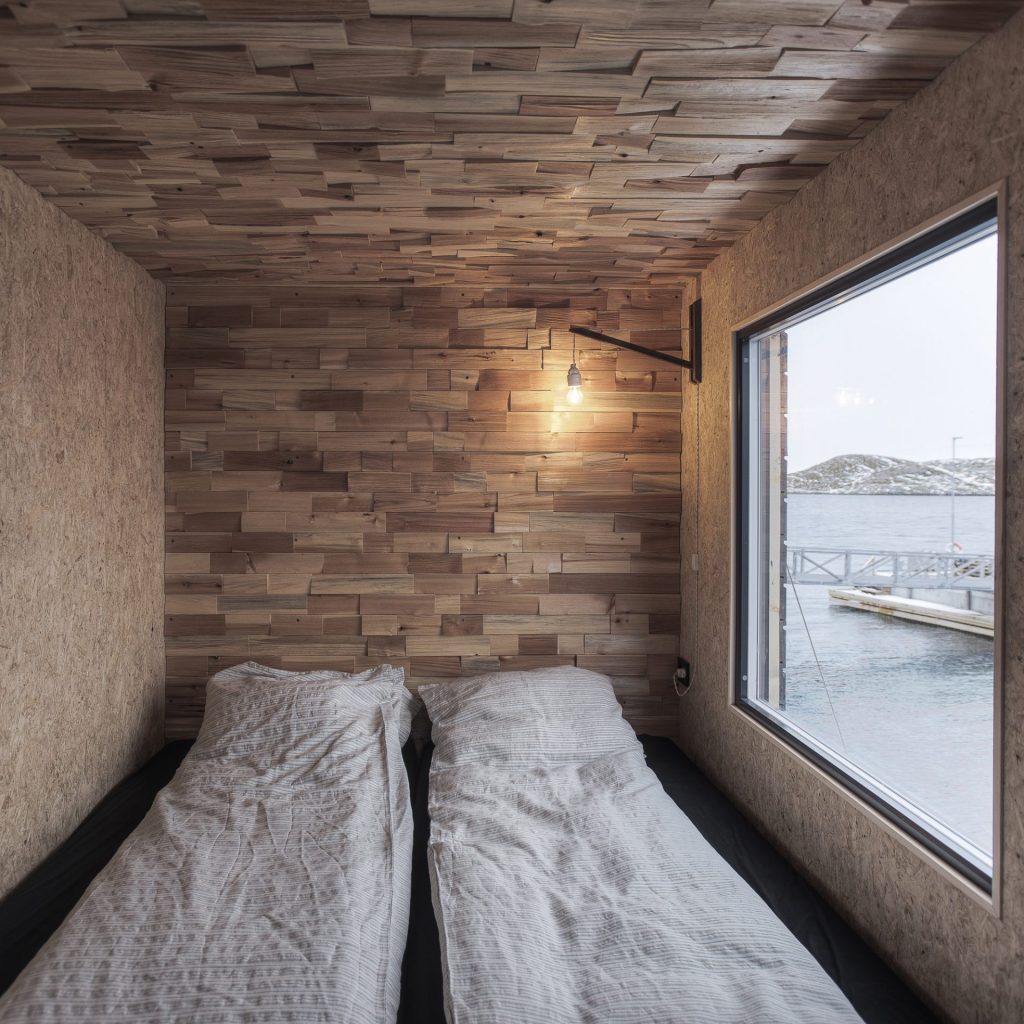 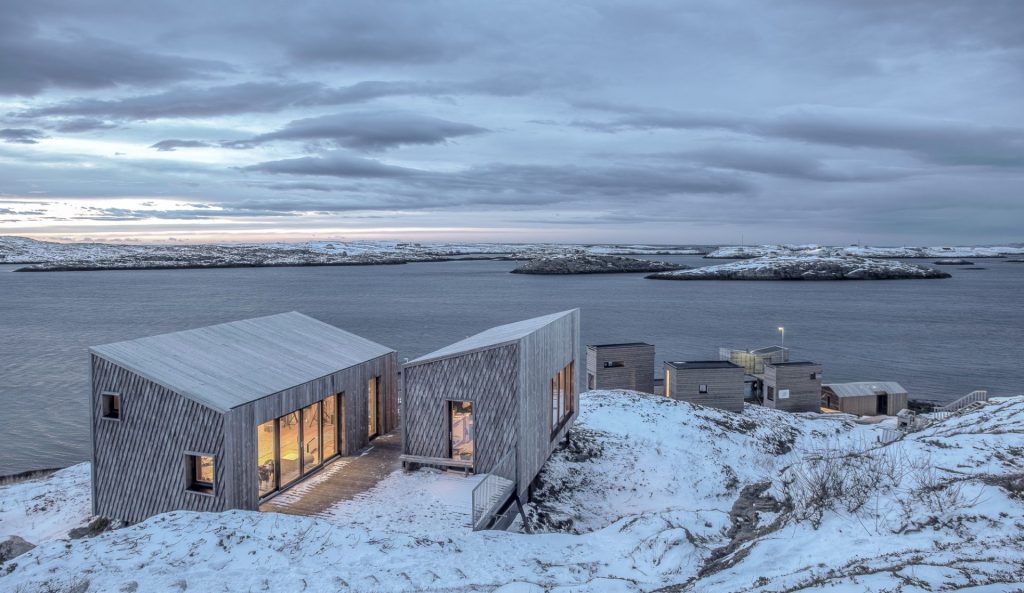 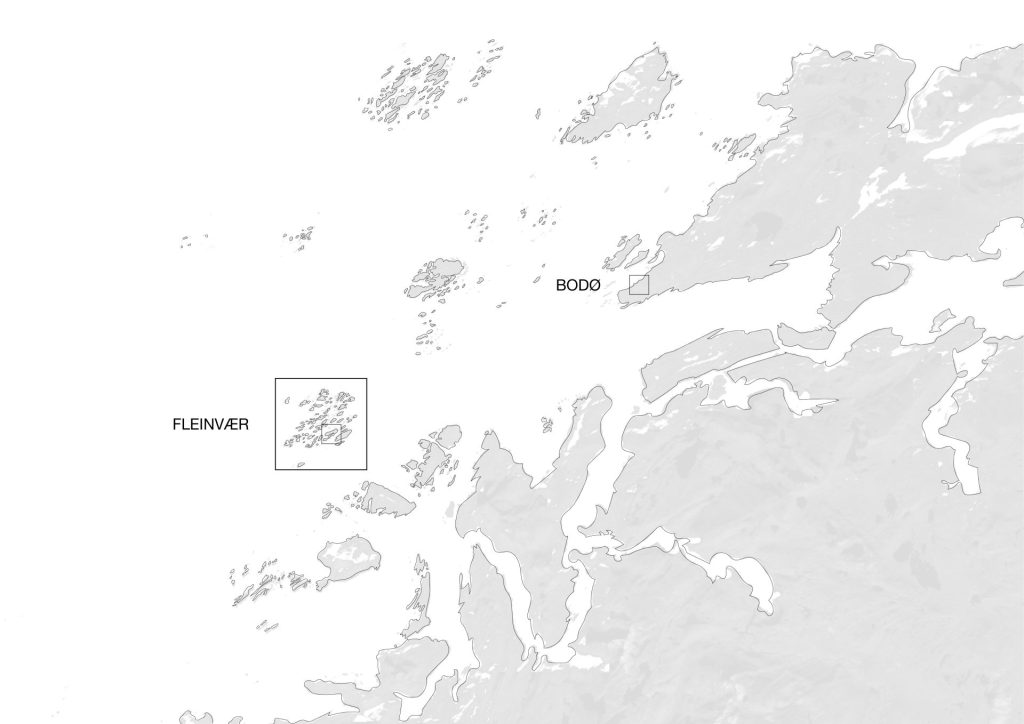 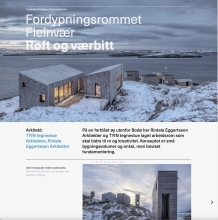 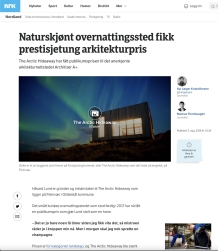 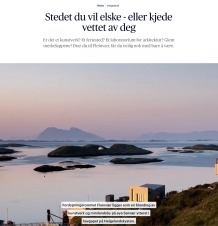 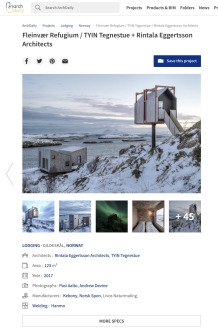 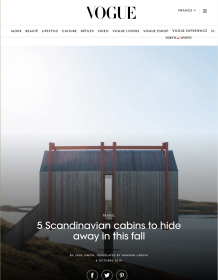 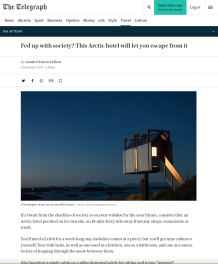 THE TELEGRAPH 06.12.17 "Fed up with society? This Arctic hotel will let you escape from it" 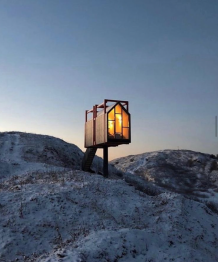 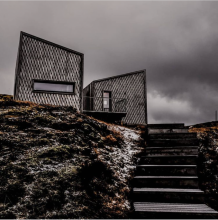 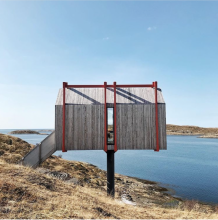 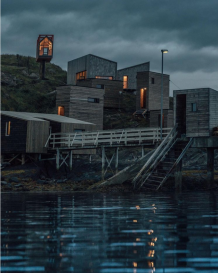 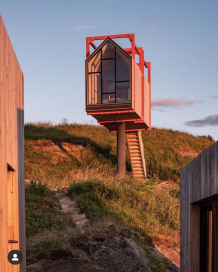 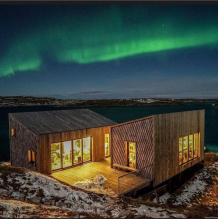